Steffan Irmler: almost ready for the island – with the legendary Irmscher Opel Vectra, taken out of the STW final season 1999. 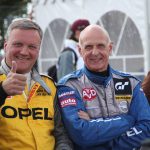 Once again Steffan Irmler (49) moves to the British Isle. After a guest performance last year, the Vauxhall specialist from Drebber, not far away from the racing city of Diepholz, has firmly registered for the Dunlop Saloon Car Cup 2019. The owner of a specialist company for high-precision testing technology and CNC production ignites a sensation. After exactly 20 years, he returns the legendary Irmscher Vectra, taken out of the final STW season in 1999!

Return of a racing legend: use of the 1998 Irmscher Vectra STW with the chassis number RVL-06A -98 (ex-Roland Asch).

Home match before the 2019 racing season: Presentation of the new project at the Bremen Classic Motorshow from 1 to 3 February. 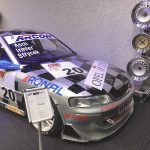 Shortly before his fiftieth birthday, Steffan Irmler is looking forward to another development step as a racing driver: the Vauxhall specialist is reorienting and focusing on the British island in the 2019 motorsport season. After a guest appearance last year, the Lower Saxony has firmly registered for the Dunlop Saloon Car Cup 2019. Four race weekends, maybe five as well, include the English Touring Car Series program, which is driven on well-known circuits such as Silverstone, Donington Park, Brands Hatch and finally Oulton Park. Irmler, who runs a specialist company for high-precision testing technology and CNC production in Drebber near the racing town of Diepholz, explains his step as follows: “A stringent regulation that exactly complies with the then valid rules, hard but always fair motor sports and racetracks with sonorous names who are also music in the ears of the fans in this country – that unique mixture appealed to me! ” 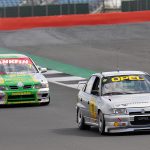 In use is a true legend of the last time in 1999 held ADAC Super Touring Car Championship, short STW, for two-liter vehicles. At that time, the legendary Vauxhall tuner Günther Irmscher from Remshalden, under the direction of Klaus Schuppener, took part in the first touring car Bundesliga with a Vectra STW of the previous year (chassis number RVL-06A -98). Driver of the front-wheel driven car, that was originally designed by Konrad Schmidt from Cadolzburg in the Vauxhall works order: Roland Asch from Ammerbuch in Swabia, then a late forties. At the last round of the season on 17th October 1999 at the Nürburgring, there was a chain reaction in the last corner between Roland Asch and the title contender Christian Abt on Audi A4 Quattro and Uwe Alzen in another Vectra. The maneuver that Abt threw 250 meters from the finish line out of the race, had a sports court epilogue. 24 days after the controversial final race, the Appeal Court of the German Motorsport Association, DMSB for short, declared Christian Abt (32) the German Super Touring Car Champion. His family team Abt Sportsline had initially protested, this had been rejected at first instance. The appeal was followed by a six-hour trial at the DMSB in Frankfurt / Main – with a positive outcome for the Audi driver from Kempten im Allgäu, South Bavaria. 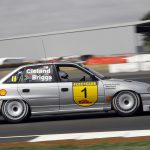 Irmscher sold the Vectra to Serbia. From there, it went to England, where Stefan Irmler discovered the car last year at a historic motorsport festival. Later, he made a sales offer to the then owner, who agreed and thus made the return of the silver Vauxhall to the mainland possible. Irmler justified this step with acute emergency in his own racing team: “A Vectra A of the first series, first piloted by Jeff Allam on the British Isles and then stranded in Sweden as a three-quarter wreck, is under construction, as well as a South Africann Astra MSD notchback. The completion of both restoration objects is unlikely in the next two years, so I’ve had another Vauxhall Astra notchback available since 2015, which Mike Briggs drove in the South African Touring Car Championship, since the Oldtimer Grand Prix in August 2018 at the Nürburgring also in need of repair“. A BMW driver from Switzerland conquered 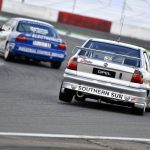 Irmlers Vauxhall classic at the end of the start-finish straight. The hard impact left traces in the front end, with the complete repair is not to be expected for the time being. In order to stay mobile on racetracks, the silver-gray Irmscher Vectra came back for the first time and will be officially presented at the Bremen Classic Motorshow in February. Occasional appearances are also planned on German soil, with the DTM legend Volker Strycek as the prominent second man. Born in Essen, he was the very first title winner in the German production car championship 1984 and, from 1997 on, the worldwide Opel sports director. “Whenever Volker has got time, we go together – in Germany as well as in Brand Hatch für the british Dunlop Saloon Car Cup 2019!“, Steffan Irmler is looking forward to what lies ahead. 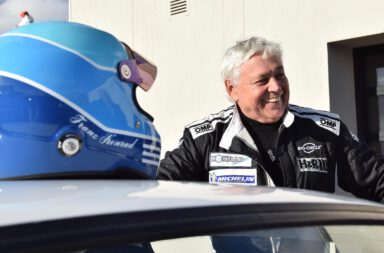 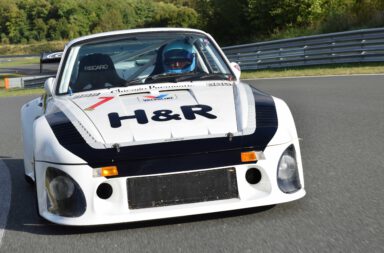 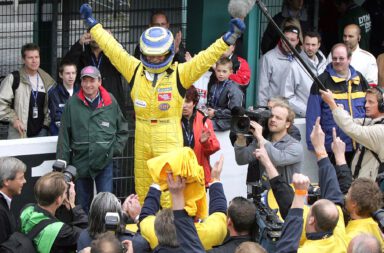