Berlin air. A tribute to the legendary Deutsche Automobil-Rennsportmeisterschaft. 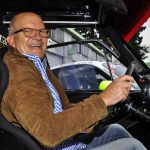 Carsten Krome Netzwerkeins invited a contemporary witness to a reunion in the historic paddock of the Nürburgring. Armin Hahne celebrated a welcome-back with the famous Zakspeed Ford Escort, which he piloted in 1977 in the legendary Deutsche Automobil-Rennsportmeisterschaft – back when he was 21 years old and on the way to becoming a full-time professional.

It’s been the legendary „Geile Zeit“ of the Deutsche Automobil-Rennsportmeisterschaft (DRM) in 1977. For the first time, the special production cars from the World Championship for manufacturers were allowed to compete on a national level in 1977. And, in addition to the already established Porsche 935, with two-liter touring cars, Ford and BMW fought for glory and honor with their cars in Division 2 up to 2,000 cc displacement, and Armin Hahne (21), the youngest member of a racing dynasty from Moers in the Lower Rhine area, was a promising newcomer to the fast-moving business in 1977. He received the cockpit of the second Zakspeed Ford Escort with a 285 hp BDA naturally aspirated engine from the Eifel race team owner Erich Zakowski, a native from East Prussia with second home in Niederzissen, team leader was Hans Heyer from Wegberg, Germany. The entrepreneur with his own bitumen factory started into the 1977 season as the defending champion. The young Hahne should be something like the personalized response to the BMW junior team, Jochen Neerpasch from Krefeld, also in the Lower Rhine area, raised. With their BMW 320i, Manfred Winkelhock, Eddie Cheever and Marc Surer arrived with a bang. The trio were sure of the affection of the stewards and also the headlines. „Wilde Reiter GmbH“, headlined the gazettes full of ecstasy. Although he was on his own, Armin Hahne reacted with his own coolness. At that time still a curly head, he learned beside the racing driving also the profession of the dental technician. Volanteurs by profession were designated exotics in the 1970s. At most, the Formula One drovers could earn a living with their sport, others not.

Willy Maurer, sponsor of the Zakspeed racing team, had plans with the young Armin Hahne. He had both Zakspeed Ford Escorts perform in the colors of his herbal liqueur make „Mampe Halb und Halb“, located in Berlin. Because an elephant dominated the brand, the team presentation in the run-up to the 1977 season was quite spectacular. Willy Maurer had an elephant, the driver duo and the racing car run on Berlin’s Kurfürstendamm. Two years later, he made the decision to build his own car for the European Formula 2 Championship. The Austrian designer Gustav Brunner drew the „Maurer MM“, and Armin Hahne should steer it. Hans Heyer seemed to be too old for the job in his late thirties – where he had made an attempt at the 1977 German Grand Prix at the Hockenheimring to qualify for the race with the ATS Formula One. However, that attempt failed, and Heyer’s compatriot Hans-Joachim „Strietzel“ Stuck reached third place on Brabham-Ford with great cheers from the audience ranks. In the Deutsche Automobil-Rennsportmeisterschaft, BMW driver Stuck and Ford spearhead Heyer, as defending champion after the Winner of the championship in 1976, fought for victory – carrier of the number one, roughly equal. In Formula 1, he was indeed in the wrong car – his ambitions in the premier class of motorsport buried „Heyer’s Hans“ after the hapless guest appearance. Armin Hahne, meanwhile, was waiting cleverly for his chance. In 1978 he started again on Zakspeed-Escort in the DRM – and lost to a BMW 320 the short straw. The Austrian Harald Ertl was the measure of things with the Schnitzer-Turbo. In 1979, Armin Hahne lured the adventure Maurer Formula 2. It was the age of the „wing cars“, the bizarre wing cars with skirts in the side pods, but the new project came slowly into the halls. Hahne rose without countable success prematurely. Klaus Ludwig did a similar job in Formula 2 – a bad patch for the Germans? Not really, as it pointed out with Stefan Bellof from 1982 on.

The Maurer MM Formula 2 just needed development time, in 1982 it was finally able to win. Stefan Bellof raced in the first two European Championship races up and away. Willy Maurer was not just Bellof’s team boss and manager from the very beginning, he was also the man of the moment. For him, this meant the much-anticipated return to the headlines – as in 1977, as a sponsor of the Zakspeed team in the racing championship, as Ford and BMW fought their way to the knife. At the Norisring, the opponents put each other in a century-lasting battle. Body parts flew into shreds, the people hooted, the press votes overturned – the whole nation fevered with. Or was it the whole world? The same effect was seen when Willy Maurer and Stefan Bellof came to Formula 1 in 1984. The patron had found his racehorse, with whom he was able to get involved at the top, was in demand, could participate in the image of his athlete. Already new, so far from the industry advertising partners on the bandwagon – but derailed on 1 September 1985 abruptly. Stefan Bellof, only 27, had a fatal accident at Spa-Francorchamps. His mentor retired and was never seen again at a race track, at least not in public. Armin Hahne, whose career seemed to have suffered a crack seven years earlier, laboriously crawled back into the camp of paid racers. In 1981 he went in a private group-2 Mazda RX7 in the German Automobil-Rundstreckenpokal on title hunting, which he won on 11 October 1981 in Zolder. Then the way was free for him in the European Touring Car Championship, which he made his specialty. Until 1987 inclusive he was traveling internationally – always relaxed, always cool, always a cigarette and a good spell on his lips. He was like Olaf Manthey of the same age and astonishingly alike-real types, wrapped in powder smoke.

Meanwhile, the German production car championship enjoyed growing popularity. In 1987, ten years after entering the Rennsportmeisterschaft, a team boss entrusted him again a Ford with four-cylinder in-line engine. That was Walter Wolf from Neuenstein, whose Ford Sierra RS 500 Cosworth had some technical finesse. Although Armin Hahne did not get in until the near end of the season, they found an immediate connection. Well established in the field: Olaf Manthey, one of the fastest privateers with the Blaupunkt BMW M3 from Heinz Isert. In the heavy rain of Zolder, the man with the „Zwirbelbart“ drifted behind his Bonn neighbor Marc Hessel to second overall place. Hahne and Manthey not only earned these successes an excellent reputation, even though they never sought publicity with the very last consequence. Both received jobs in tire and chassis development. 1998 was a decisive year for the companions. Armin Hahne returned to Zakspeed. Two new Porsche 911 GT1 / 98 in the green livery of the brewery Jever were ready, one for him, the now 43-year-old veteran. At the same time, Olaf Manthey became the team champion in the Porsche Pirelli Supercup. His driver duo Patrick Huisman and Oliver Mathai drove ahead impressively. One of the two successful Porsche 996 GT3s was taken over by Witten industrialist Ulrich Galladé for the Veedol Langstreckenpokal (VLN). On the Nürburgring Nordschleife, another wind was blowing than on the Grand Prix circuit of the Supercup. After the first test runs, Galladé summed up euphorically: „A great experience. On the jump tops of the Nordschleife, I am in the air with all four wheels!“ Olaf Manthey was the second man in the cockpit. The decision was made to trim the aerodynamics to maximum contact pressure. Powerful widening, spoilers and underbody cladding took shape. In October 1999, the „Der Dicke“ gave its debut, seven years later, that was after several attempts to win the ADAC Zurich 24-hour race Nürburgring and set a new distance record at the same time.

Then Manthey wrote out his „thicknesses“ for sale. The scene reckoned with a collector who would make him disappear into the private museum in the future. But it turned out differently. Suddenly Armin Hahne stood on the mat, in his tow Christian Haarmann. The Aachen entrepreneur bought the race car. Armin Hahne supported Haarmann in the role of a player-coach. The then 52-year-old had never really been gone. For the 24-hour race Nürburgring, he reactivated his Honda NSX from the ADAC GT Cup in 1994. In the Austrian Altschach team, however, the NSX lost the victory. Instead, drove a defect series Hahne and car chief Alex Zöchling into despair. One bill was left open, which the winning car of the 24-hour race should settle in 2006 – 2007 actually. A crash in the preparation phase came in between. „Our 24-hour racing budget is located on the section Galgenkopf in the crash barriers,“ it said sober. But at the 36th ADAC Zurich 24-Hour Race Nürburgring in 2008, the circle came full circle: Armin Hahne, Christian Haarmann, Jochen Krumbach and Pierre Kaffer finished second overall in the „thick“ Manthey Porsche 911 GT3-MR. Years later, at the 40th edition, Hahne repeated this feat once more: on Audi R8 LMS ultra in 2012, the 56-year-old once again took second place in the overall standings of the long-distance classic.

At this time, a pair of brothers from Hamm with an old Zakspeed Ford Escort BDA Group 5 caused a stir in the scene. Martin and Dirk Nowak, both enthusiasts of pure water, rebuilt the 1975 Zak chassis with the number E3 / 75 in meticulous detail work. According to the Zakowski nomenclature, it must have originally been a Group 4 version on the 1975 season. Since the group-5 Ford Escort was a further development, this is understandable, especially since two years, a sister vehicle, the legendary Escort in the regalia of the sponsor „Europa Möbel“ circulated with a similar VIN. The history of the Zakowski Escort after the The Nowaks do not dispute the spectacular launch of the Capri Group 5 on the occasion of the 1978 German Grand Prix at the Hockenheimring, but rather seem to be interested in solving one or the other secret of their car well it just went, trying to get as much of the old substance as possible, they explain, and after all, even Armin Hahne himself has clamped in tight for today’s cockpit. There he sat, visibly concentrated. Again and again he looked over the angled dashboard over on the right side of the vehicle, tapped with the motto turned off on a few switches around. „That one used to sit somewhere else,“ he murmured at some point and nodded approvingly in. A film was in it at this moment whether he drifted around the Norisring again in the tattered plastic dress, in front of the fully occupied Steintribüne. Back again at the Nourishing, Dirk and Martin Nowak made their big appearance there in 2014. As part of the supporting program of the DTM, they were allowed to participate in the Norisring Race Classics, a show of 28 historic racing and touring cars. In the heat of the action, something broke. But still, the duo felt so clearly comfortable in the paddock.

If they are not able to drive, they enjoy being together as they did in 2016 at the 44th AvD Oldtimer Grand Prix at the Nürburgring. Their Zakspeed Ford Escort is in contrast to many other racing cars from ancient times, not a speculative object, for whose authenticity, if necessary, lawyers take over. Their historic Ford is one thing above all: a tribute to the „superjeile zick“ of Group 5 in the Deutsche Automobil-Rennsportmeisterschaft – and that’s damn good! 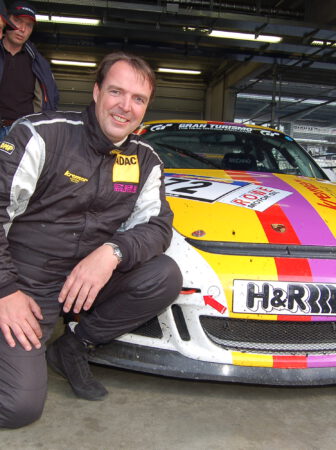 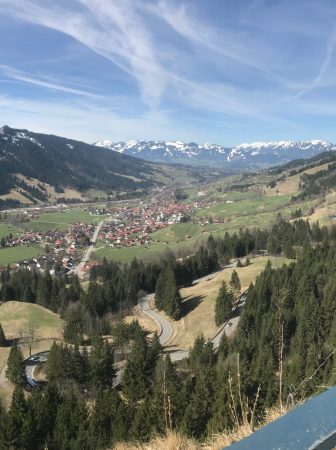 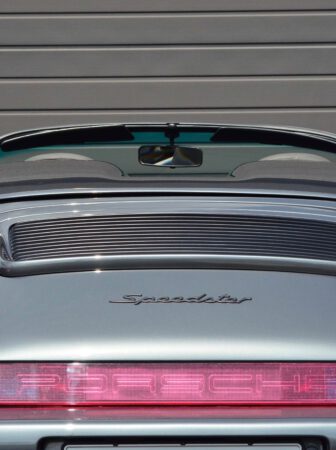 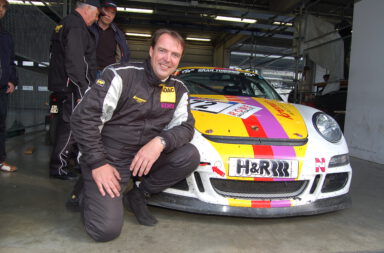 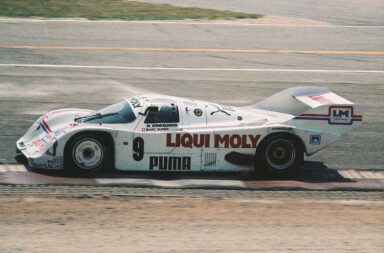